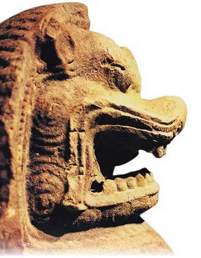 Hawai’i painter John Young (1909-1997) believed that a great university campus required at least one museum. In 1991, Young began a collaboration with the University of Hawai’i to convert one of the wings of Krauss Hall, then undergoing restoration, into a museum. Over a year after Young’s death, on February 24, 1999, the John Young Museum of Art opened in the renovated, historic Krauss Hall on the University of Hawai’i at Manoa campus.

The purpose of the Museum is to enhance the knowledge and appreciation of art, and to further art education at the University for the benefit of students and the community. The Museum is also a space for research conducted by art historians, archaeologists, and other scholars. The facility is the University’s first museum.

Museum Hours
The Museum is open to the general public:

No Admission Fee is charged; donations are welcomed.